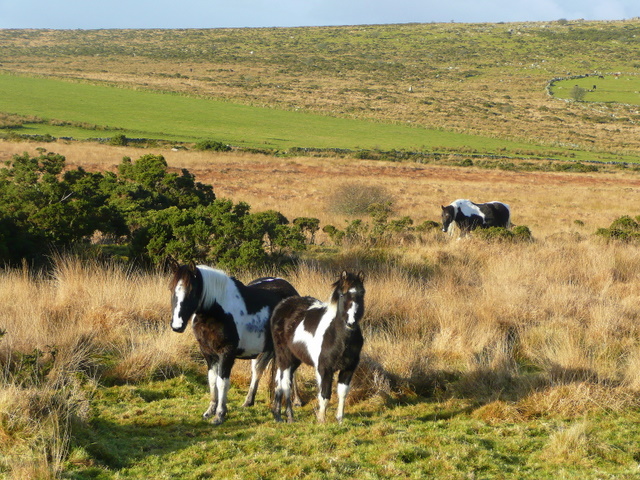 Ponies on Bodmin Moor: © Jonathan Billinger and licensed for reuse under this Creative Commons Licence

Defra is consulting on a draft commons council establishment order for the Bodmin Moor commons. The consultation closes on 13 April 2015, but, as the closing date occurs after dissolution of Parliament for the election, the order cannot be made until well after the election, even if the outcome of the consultation is supportive.

A commons council for Bodmin Moor would therefore be only the second such to be established, and the consultation contains a draft order for that purpose. Under s.27(4) of the 2006 Act, the Secretary of State may not make the order unless she is satisfied that there is ‘substantial support’ for it. The consultation is therefore intended to gauge whether such support exists, and the Secretary of State must have particular regard to representations by landowners, commoners and others with an interest in the commons which would be regulated by the proposed council (s.27(5)).

The Bodmin Moor commons are extensive: the area to be regulated under the draft order is not stated, but a summation of the areas of the common land register units listed in Schedule 1 to the order suggests 7,056 hectares (just over 70 square kilometres). Proposals for better management of Bodmin Moor have history: a Bodmin Moor Commons Bill was introduced to Parliament in 1994, for much the same purpose as the present draft establishment order, and drafted along the lines of the previously enacted Dartmoor Commons Act 1985. This was several years before the enactment of the right of access to common land in Part I of the Countryside and Rights of Way Act 2000, and the Bill was blocked because the promoters refused to concede a public right of access to the commons. It now appears that the commons to be regulated by the proposed commons council will be those which would have been regulated under the Bill: indeed, the map of the commons in annexe A to the consultation paper is labelled ‘Bodmin Moor Commons Bill’.

The draft order is not dissimilar to that establishing the Brendon Commons Council. The numbering of provisions and footnotes has unfortunately gone awry, probably the consequence of merging two complex Word documents into one, but this does not have any serious impact on understanding the provisions. There are to be 24 members of the council, supplemented by up to two who may be co-opted (one of whom must be a vet) but who have no voting rights. The commons are divided into eight ‘sections’ (listed in Sch.1 to the draft order), and four ‘section-groups’ (identified in art.2): each section is empowered to elect two members from among the active commoners, and each section-group is able to elect one representative from among the inactive commoners. A further four members are appointed by the owners of the commons, and although this presumably reflects the owners’ preference, it is not clear what would happen if the owners were unable to agree among themselves. For example if just one owner refused to endorse the appointments, would that leave the owners unrepresented until they could resolve the deadlock, for it seems that the landowners must act as one? Powers are conferred on the council under art.5(d) to make rules relating to “agricultural activities, the management of vegetation and the exercise of rights of common on the Commons; [and] the leasing or licensing of rights of common”, subject to following the procedures set out in art.7, and obtaining a super-majority of two-thirds of the council (para.2(2)(a) of Sch.3). The council must maintain a live register (under art.8), and this is to include various information about the animals turned out on the common; however, the live register is not allowed to ‘bypass’ the statutory register maintained by Cornwall Council, as the proviso to art.8(1) requires that the live register may not contain “information as to any matter which is, or was, capable of being registered under Part 1 of the 2006 Act, but which has not been so registered” (but the exception for voluntary declarations of entitlement to exercise a right of common, which is present in what ought to be numbered para.8(b) of Sch.2, is omitted here).

Schedule 1 to the draft order contains a list of the common land register units which will be regulated by the council, and an assignment of the commons to the ‘sections’ for the purposes of elections. Hamatethy Common is oddly listed as register unit CL763, which does not appear in the ‘biological survey’ catalogue but appears to be a ‘late arrival’ in the registers, and CL247 appears twice (in the same section). One only has to take a brief look at the complexity of the register maps, and the numerous additions and deletions, to realise the complexity of the extent of registered common land: one can only hope that these have been fully resolved by the parties behind the order, because an amendment to the order, once made, would be unlikely.

Schedule 2 contains the arrangements for the election and appointment of council members, and makes clear that a commoner with rights over commons contained in more than one section may (by notice to the returning officer) vote in the election for each such section, but may not be elected as a member for more than one section (but nothing stops a commoner standing for election in more than one section). Where there is an equality of votes in an election, the votes are to be weighted according to the extent of the rights held by each elector, which suggests that the ballot cannot be secret (or at least, that the returning officer must be able to identify the elector who has completed a ballot paper).

It now remains for the commoners, landowners and other interests in the draft order to respond to the consultation in sufficient numbers to show ‘substantial support’. Silence cannot be taken as assent, so the parties behind the order will need to ‘get out the vote’ in order to make a success of the consultation, and enable the Secretary of State to proceed to make the order. Twenty years after the Bodmin Moor Commons Bill fell in Parliament, it is possible that much the same provision will now be made under secondary legislation, and with far less fuss. That is thanks to the 2000 Act, which rendered a right of access to the commons, at least on foot, as beyond debate.